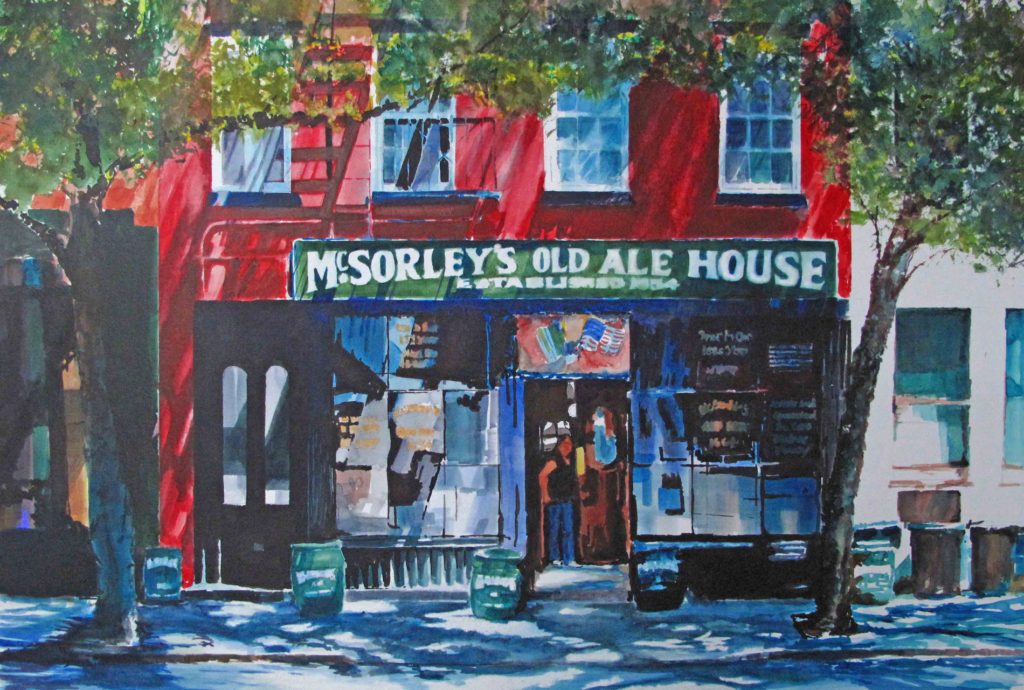 McSorley’s Old Ale House is located in the East Village of Manhattan. It is a favorite of many artists including Ohio artist, Clyde Singer.

Even though this is a significant landmark in NYC it is also noted for equal rights for women,  Until 1969, McSorley’s prohibited women from entering the premises.  A lawsuit was filed and won allowing women the right to enter but refused service.  A lawsuit filed in 1970 with the US District Court of the southern district of NY was won allowing women to be served under the equal protection clause of the US Constitution.

This painting is part of a private collection

Ted has issued a limited edition of this painting as Giclée reproductions. The reproductions are created using archival inks and paper. The image size is 14 x 21 (the same size as the original) painting. Each piece in the edition is numbered and signed by Ted. Each is expertly framed ready to hang in office or home.