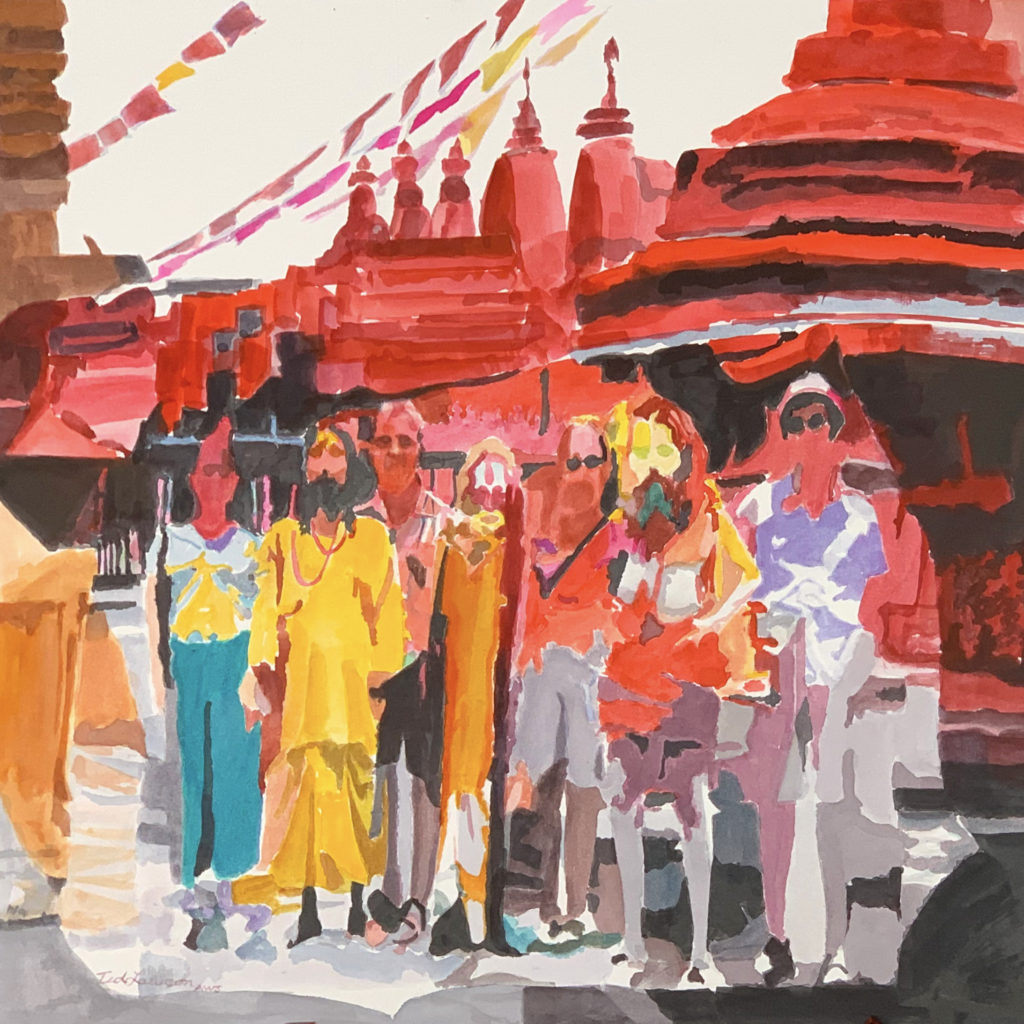 Wise Men-tegration, what is it all about?  Settle back and I take this back a few miles.

My wife and I traveled with a couple, half from Sweden half from US.  We started in Delhi, India and traveled throughout Rajasthan and ventured into Nepal.  One of our destinations in Nepal took us to Katmandu, the capitol.  We ventured the streets and stumbled upon Freak Street, known hangout of pilgrims following the Beatles to India and beyond in the ‘60s.  Our guide took us to a tributary of the Ganges River where we observed ceremonial cremations where the cremains were deposited into the river and sent on their way to meet the waters of the Ganges.

There we happened upon a group of “wise men”.  Or so they we described to us.  Their appearance was anything but “wise” to us westerners.  They painted themselves in ash and wore makeup with hair long since cropped.  Some wore long robes others wore barely a stitch of clothes, just enough to cover private areas.  These wise men were eager to pose for us.  I was not bashful in photographing their pose.  They may have been wise, but they were quirky too.

The four of us travelers posed during the trip but in conventional western wear.  Attire appropriate for travel anywhere else in the world.  As an artist, I like to tinker with things and thought about integrating the wise men of Nepal with the travelers from the west.  I used my artistic license to arrive at the composition of the painting entitled “Wise men-tegration”.  I other words, integrating the wise eastern culture with travelers from the west.

I am anything but conventional, so this painting is an outcropping of a mad imagination.  Besides, it was a fun exercise painting with pure color, ink and transparent watercolor on a new to me mat board.

I will likely not integrate such figures anytime soon and not use the mat board I used here ever again.  The fact remains, I was there and so were they.